“In Tokyo 1981 I was afforded an extensive Q & A session with the late Goju Kensha founder, O-sensei Tadahiko Ohtsuka.

During it he expressed his wish that we in Australia should Australianise our version of Goju Kensha.

Developing Kin Shin Kai is my respectful response to his wish. 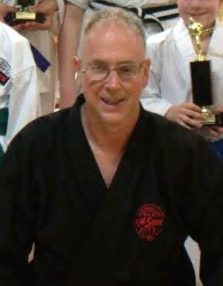 More than forty years on, now a 7th dan karate Black Belt and master instructor in the ‘Goju Ryu’ tradition, he continues that journey.

Generations later, Ohtsuka Tadahiko O-sensei developed his ‘Goju Kensha’ system as one of the most magnificent expressions of that ongoing Goju Ryu tradition.

Kyoshi George was fortunate to be involved in the Australian branch of Goju Kensha from it’s beginnings in late 1973.

He believes (as did Ohtsuka Tadahiko sensei), that Self Defense should be taught as an internal and not just external practise. It should embrace mind, body & spirit.

Developing each student according to their individual abilities and needs

Remembering, respecting and appreciating our past teachers. The richness of what we practice we owe to them….

Kyoshi George’s major academic qualifications include a degree in Philosophy and Music. He also holds a post graduate Diploma in Education (he is a trained teacher)

He has been blessed to learn from some of the best masters of the Asian martial arts traditions. The most important three of these are: 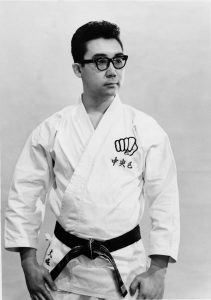 Master Ohtsuka Tadahiko was the founder of the Goju Kensha (House of the hard – soft fist) continuing the development of Goju Ryu tradition.

He was an amazing martial artist, great teacher and wonderful human being,

He also was a prolific researcher and author.

His two publishing high points were probably his ‘Karate do Kyohon’ (his ‘encyclopedia’ of Goju Ryu karate) and his translation of the ‘Bubishi’ (original ‘Bible’ of karate) from old Chinese into modern Japanese.

Ohtsuka sensei’s Goju Kensha had a major official presence in Australia from late 1973 till around 2004.

George Ciechanowicz, founder and chief instructor of Kin Shin Kai, was fortunate to be involved with Goju Kensha in Australia from the start.

He was last able to train with Ohtsuka sensei in Japan in 2008, shortly before O-sensei’s passing.

He was also honoured to participate & speak at Ohtsuka sensei’s 3rd year of passing memorial in Tokyo, June 2015. Video of that event may be found on the Ohtsuka sensei memorial channel on YouTube 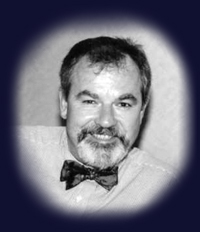 Patrick McCarthy is an exceptionally well travelled and experienced martial artist. His research into the Asian martial arts is possibly unparalleled in the contemporary western world.

He spent almost 10 years living in Japan training and researching throughout the region. He met, interviewed and learned from an incredible range of masters.

This diverse background allows him to do a second to none comparative analysis of styles, methods and the accuracy of historical “facts”.  He thus speaks and teaches with an authority that most western “masters” simply lack.

His research has been instrumental in recovering the practicality of old school karate and it’s self defense methods.

His insights have truly rounded off the development of Kin Shin Kai as a very practical & effective traditional martial art and for this we thank him. 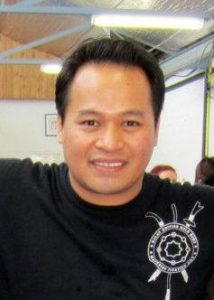 This system is incredibly efficient and effective. It’s sheer brutal effectiveness makes it something which needs to be taught with caution and certainly not to anyone without a clear moral compass.

Nor should it be taught to anyone without the understanding of what a proportionate self defense response is.

However for our more experienced student his methods add significantly greater efficiency, simplicity & effectiveness to what we already use.

We also draw from his art a huge amount of bladed weapon awareness and practice.

We find that his advice to finish the encounter and get away as soon as safely possible dovetails 100% with our philosophy.

It is Maul’s view and ours that those who have the illusion that they can ‘handle’ the situation rather than get away as soon as safely possible, are far more likely to get hurt.